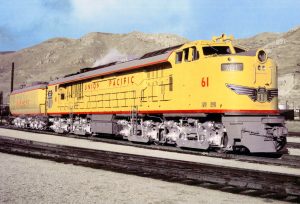 On Friday, regulators accused one of the biggest utility providers in California of falsifying safety documents related to natural gas pipelines for several years.  This is only the most recent trouble to surface as it comes after the provider’s criminal conviction—and its multimillion-dollar judgment—from a pipeline explosion near San Francisco that claimed the lives of eight workers.

According to the California Public Utilities Commission, an investigation from its safety and enforcement division, the Pacific Gas & Electric Co did not have enough employees to appropriately fill requests to adequately find and mark natural gas pipelines.

It was because of this staff shortage, says CPUC, that PG&E pressured supervisors and locators to finish their orders, which is what led the staff to falsify these documents between 2012 and 2017. The commission comments that the company had definite and “common knowledge” throughout its leadership team that their locators had committed this falsification.

Furthermore, California Public Utilities Commission President Michael Picker warned, in a statement, “Utility falsification of safety related records is a serious violation of law and diminishes our trust in the utility’s reports on their progress. These findings are another example of why we are investigating PG&E’s safety culture.”

In response, PG&E says it has hired more employees as part of improvements to its pipeline tracking system.

At the end of the day, a US judge convicted PG&E of six felony charges for failure to properly maintain the pipeline that exploded in 2010 which eradicated a suburban San Bruno neighborhood.  With this conviction, then, came a $3 million fine. In addition to this, though, regulators also fined PG&E an additional $1.6 billion.

In its report, the commission noted, “This is the period immediately following the 2010 San Bruno gas explosion and fire that resulted in eight fatalities, numerous injuries, and damage to property.” The report goes on to discuss the commissions expectations following such a tragedy, particularly in regards to how PG&E should look to improve its operations in terms of efficacy and safety.

This is important, of course, because PG&E provides utility services to several million people throughout Northern California and they have also been scrutinized for potential responsibility in igniting wildfires.  As a matter of fact, the California Department of Forestry and Fire Protection found, last year, PG&E equipment had been responsible for starting 16 wildfires.