Complete the form below to receive the latest headlines and analysts' recommendations for Babcock International Group with our free daily email newsletter:

Babcock International Group (LON:BAB) had its price objective lowered by Liberum Capital from GBX 720 ($9.47) to GBX 500 ($6.58) in a research note released on Tuesday, Stock Target Advisor reports. The brokerage currently has a buy rating on the stock. 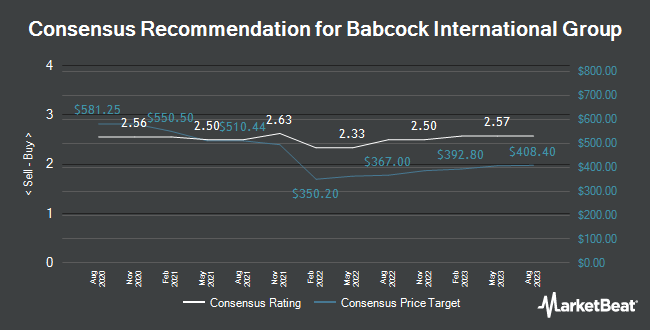 Nutanix Upgraded to Sell at BidaskClub