Complete the form below to receive the latest headlines and analysts' recommendations for Pennon Group with our free daily email newsletter:

Goldman Sachs Group downgraded shares of Pennon Group (LON:PNN) to a neutral rating in a research note issued to investors on Tuesday morning, Stock Target Advisor reports. They currently have GBX 1,182 ($15.55) target price on the stock, down from their prior target price of GBX 1,185 ($15.59).

Pennon Group Plc engages in the environmental infrastructure businesses in the United Kingdom, rest of European Union, China, and internationally. The company's Water segment comprises the regulated water and wastewater services for customers in Cornwall, Devon, and parts of Dorset and Somerset; and water services in the areas of Dorset, Hampshire, and Wiltshire.

Recommended Story: When is a capital gain realized? 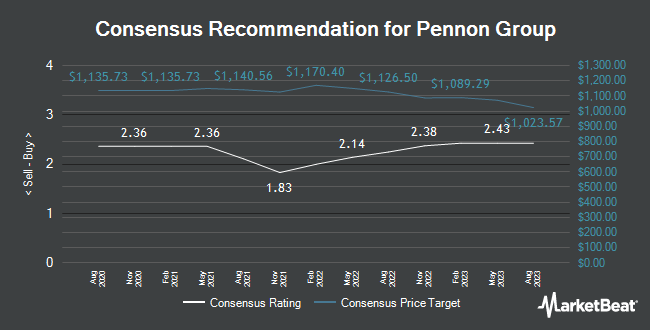