Complete the form below to receive the latest headlines and analysts' recommendations for Apache with our free daily email newsletter:

Apache Co. (NYSE:APA) declared a quarterly dividend on Wednesday, September 16th, RTT News reports. Investors of record on Thursday, October 22nd will be paid a dividend of 0.025 per share by the energy company on Monday, November 23rd. This represents a $0.10 dividend on an annualized basis and a yield of 0.83%.

Apache (NYSE:APA) last issued its earnings results on Wednesday, July 29th. The energy company reported ($0.74) EPS for the quarter, beating the Zacks’ consensus estimate of ($1.01) by $0.27. Apache had a negative return on equity of 1.72% and a negative net margin of 131.89%. The firm had revenue of $752.00 million for the quarter, compared to analyst estimates of $708.60 million. During the same quarter in the prior year, the firm earned $0.11 earnings per share. Apache’s revenue for the quarter was down 53.5% on a year-over-year basis. On average, analysts forecast that Apache will post -2.51 earnings per share for the current year.

Apache Corporation, an independent energy company, explores for, develops, and produces natural gas, crude oil, and natural gas liquids (NGLs). The company has operations in onshore assets located in the Permian and Midcontinent/Gulf Coast onshore regions; and offshore assets situated in the Gulf of Mexico region.

Read More: What Every Investor Needs to Understand About Secondary Public Offerings 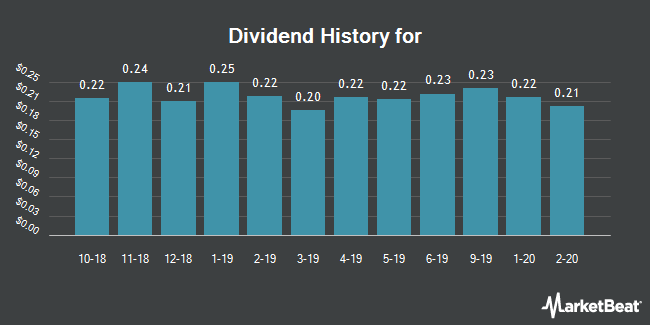 Receive News & Ratings for Apache Daily - Enter your email address below to receive a concise daily summary of the latest news and analysts' ratings for Apache and related companies with MarketBeat.com's FREE daily email newsletter.