Complete the form below to receive the latest headlines and analysts' recommendations for Pebblebrook Hotel Trust with our free daily email newsletter:

In related news, CEO Jon E. Bortz acquired 12,919 shares of the business’s stock in a transaction that occurred on Friday, September 11th. The shares were acquired at an average cost of $21.30 per share, with a total value of $275,174.70. Following the transaction, the chief executive officer now owns 7,493 shares of the company’s stock, valued at approximately $159,600.90. The purchase was disclosed in a legal filing with the Securities & Exchange Commission, which is available through the SEC website. Company insiders own 1.40% of the company’s stock.

See Also: How to execute a trade ex-dividend strategy? 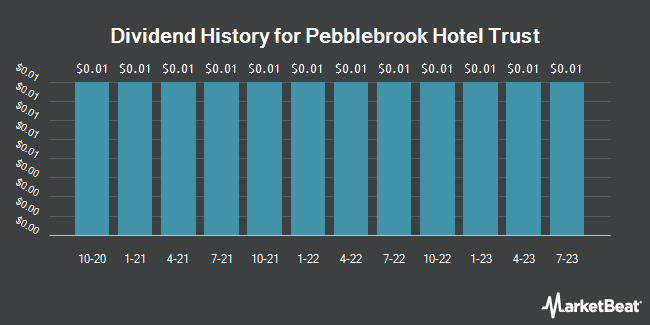