Commvault Systems (NASDAQ:CVLT) issued its quarterly earnings results on Tuesday. The software maker reported $0.59 EPS for the quarter, topping analysts’ consensus estimates of $0.48 by $0.11, MarketWatch Earnings reports. Commvault Systems had a positive return on equity of 4.52% and a negative net margin of 4.47%. The firm had revenue of $191.34 million for the quarter, compared to analysts’ expectations of $182.37 million. During the same period in the previous year, the firm posted $0.30 EPS. The business’s revenue for the quarter was up 16.1% compared to the same quarter last year.

Featured Article: What is a Leveraged Buyout (LBO)? 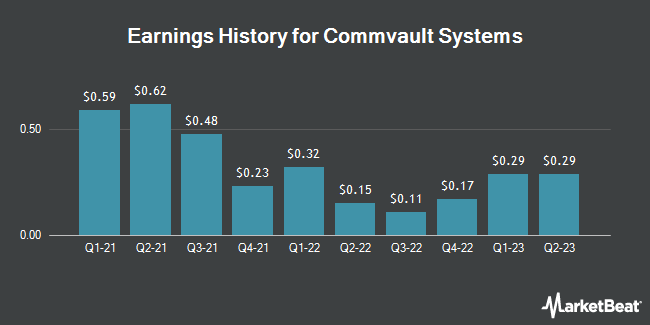 Immunovant, Inc. Given Average Recommendation of “Buy” by Analysts

Woodcoin Trading Down 13.8% Over Last 7 Days

Complete the form below to receive the latest headlines and analysts' recommendations for Commvault Systems with our free daily email newsletter: