The Descartes Systems Group (NASDAQ:DSGX) (TSE:DSG) was upgraded by Zacks Investment Research from a “hold” rating to a “buy” rating in a research note issued to investors on Wednesday, Zacks.com reports. The firm currently has a $91.00 price target on the technology company’s stock. Zacks Investment Research‘s target price points to a potential upside of 9.07% from the company’s current price. 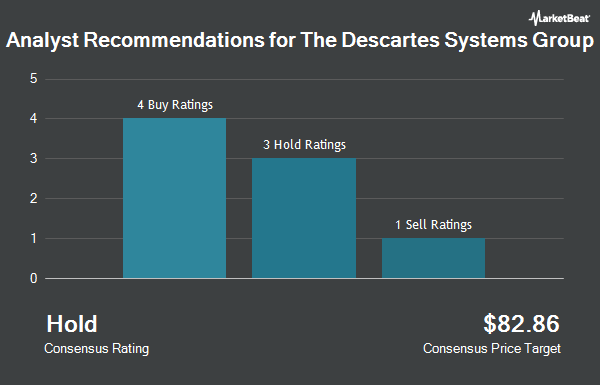 Complete the form below to receive the latest headlines and analysts' recommendations for The Descartes Systems Group with our free daily email newsletter: