Canaccord Genuity downgraded shares of Lundin Mining (OTCMKTS:LUNMF) from a buy rating to a hold rating in a report published on Tuesday, The Fly reports.

Lundin Mining Corp. is a metal based company, which engages in mining, exploration and development of mineral properties, primarily in Chile, USA, Portugal, and Sweden. It holds interest in the following projects: Chapada, Candelaria, Eagle, Neves-Corvo, and Zinkgruvan. The company was founded on September 9, 1994 and is headquartered in Toronto, Canada. 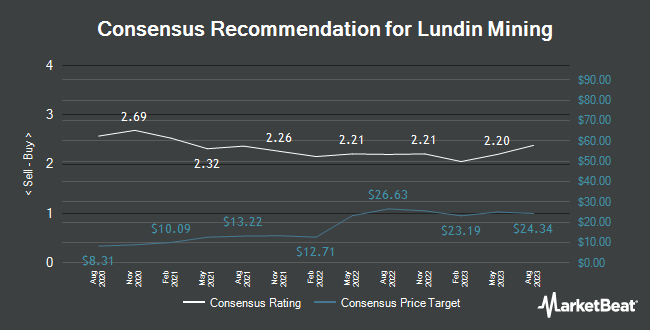 Complete the form below to receive the latest headlines and analysts' recommendations for Lundin Mining with our free daily email newsletter: