Precision Drilling (TSE:PD – Get Rating) (NYSE:PDS) had its price target hoisted by CIBC from C$115.00 to C$120.00 in a research note released on Tuesday, BayStreet.CA reports.

Precision Drilling Corporation, a drilling company, provides onshore drilling, completion, and production services to exploration and production companies in the oil and natural gas and geothermal industries in North America and the Middle East. The company operates in two segments, Contract Drilling Services; and Completion and Production Services. 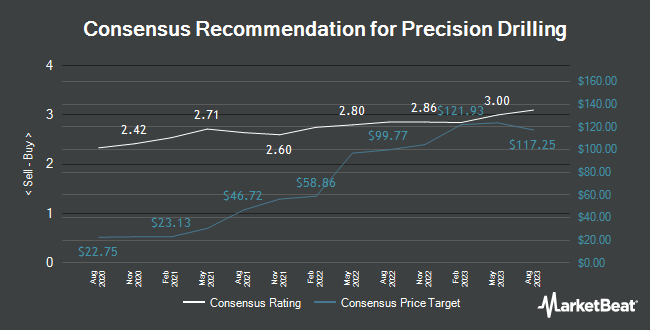 Complete the form below to receive the latest headlines and analysts' recommendations for Precision Drilling with our free daily email newsletter: