Aecon Group (TSE:ARE – Get Rating) had its target price lowered by Stifel Nicolaus from C$14.00 to C$11.00 in a report published on Tuesday morning, BayStreet.CA reports.

Aecon Group (TSE:ARE – Get Rating) last released its earnings results on Thursday, July 28th. The company reported C($0.10) EPS for the quarter, missing analysts’ consensus estimates of C$0.22 by C($0.32). The business had revenue of C$1.12 billion during the quarter, compared to the consensus estimate of C$997.47 million. As a group, analysts predict that Aecon Group will post 0.83 earnings per share for the current fiscal year.

The firm also recently declared a quarterly dividend, which was paid on Tuesday, July 5th. Shareholders of record on Tuesday, July 5th were issued a $0.185 dividend. This represents a $0.74 annualized dividend and a yield of 6.72%. The ex-dividend date was Thursday, June 23rd. Aecon Group’s dividend payout ratio (DPR) is 180.00%. 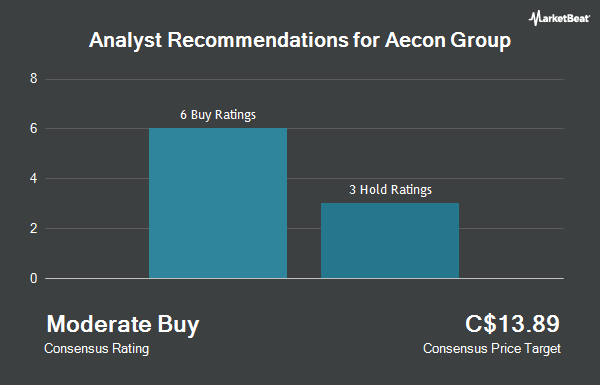 Complete the form below to receive the latest headlines and analysts' recommendations for Aecon Group with our free daily email newsletter: