TMX Group (OTCMKTS:TMXXF – Get Rating) had its price objective lifted by Scotiabank from C$150.00 to C$155.00 in a research note released on Tuesday morning, The Fly reports. 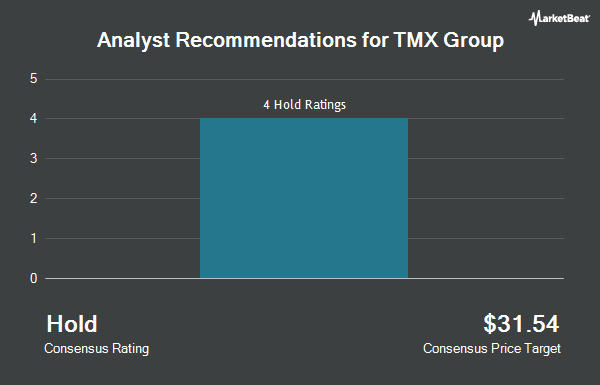 Complete the form below to receive the latest headlines and analysts' recommendations for TMX Group with our free daily email newsletter: