Alset Inc. (NASDAQ:AEI – Get Rating) CEO Heng Fai Ambrose Chan acquired 300,000 shares of the business’s stock in a transaction dated Monday, November 21st. The shares were bought at an average cost of $0.18 per share, for a total transaction of $54,000.00. Following the transaction, the chief executive officer now directly owns 74,727,030 shares in the company, valued at $13,450,865.40. The transaction was disclosed in a document filed with the Securities & Exchange Commission, which is available through this link. 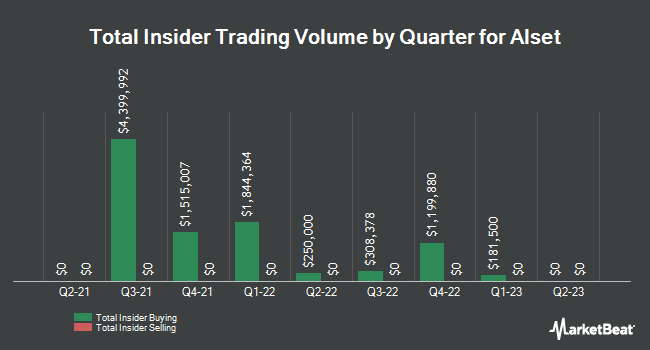 Receive News & Ratings for Alset Daily - Enter your email address below to receive a concise daily summary of the latest news and analysts' ratings for Alset and related companies with MarketBeat.com's FREE daily email newsletter.

Bruker Co. Given Consensus Recommendation of “Moderate Buy” by Brokerages

Boxed and Its Peers Head to Head Contrast

Complete the form below to receive the latest headlines and analysts' recommendations for Alset with our free daily email newsletter: