Hess Midstream (NYSE:HESM – Get Rating) last released its quarterly earnings data on Wednesday, October 26th. The company reported $0.53 earnings per share for the quarter, beating the consensus estimate of $0.51 by $0.02. The firm had revenue of $334.80 million during the quarter, compared to analysts’ expectations of $285.34 million. On average, equities analysts forecast that Hess Midstream will post 1.97 earnings per share for the current fiscal year.

Several equities analysts recently weighed in on HESM shares. Citigroup started coverage on Hess Midstream in a research note on Friday, December 9th. They issued a “buy” rating and a $34.00 price objective for the company. Morgan Stanley increased their target price on Hess Midstream from $34.00 to $35.00 and gave the company an “equal weight” rating in a report on Monday, January 9th.

Hess Midstream LP engages in the ownership, development, and acquisition of midstream assets to provide services to third-party crude oil and natural gas producers. It operates through the following segments: Gathering, Processing and Storage, and Terminaling and Export. The Gathering segment consists of natural gas and crude oil gathering and compression. 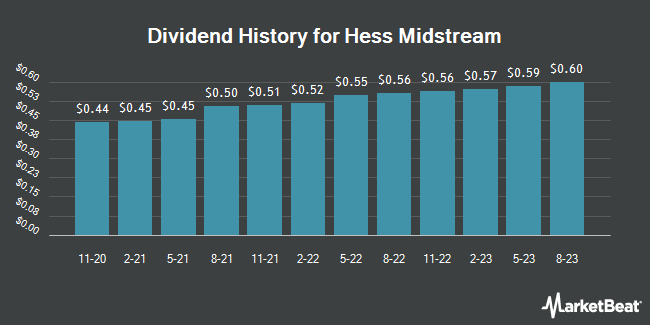 Complete the form below to receive the latest headlines and analysts' recommendations for Hess Midstream with our free daily email newsletter: