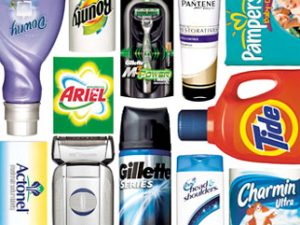 Share of consumer goods maker Proctor & Gamble surged higher on Friday following the company’s announcement of higher than had been expected growth in revenue and said its sales gains for the quarter were the strongest in five years. P&G also kept its outlook for profit for the full year.

Over recent quarter, P&G has experienced problems in growing sales as the demand had lessened for some household brands such as Pampers. However, the company said higher volumes of the goods were sold during its most recent quarter due to a healthy U.S. economy encouraging people to spend more.

Stock surged 7% during morning trading Friday following the announcement. Shares were on track to post their biggest gain dating back to October of 2008, As of the market close on Thursday P&G shares had dropped 11% in 2018 giving the company a $202 billion market cap.

P&G stock closed Friday up 8.8% recouping much of what it lost over the course of 2018.

CEO of P&G David Taylor said the results kept the company on track to deliver its top as well as bottom line targets for its fiscal year.

Net income for the September 30 ended quarter was up 12% to just over $3.20 billion compared to last year during the same period of $2.85 billion.

The beauty division came up big for P&G thanks to major brands such as Old Spice deodorant and Pantene shampoo having a strong three-month period. CFO at P&G Jon Moeller said there is not one piece of its beauty division that is not growing at this time.

Beauty’s net sales increased 5% during the quarter, while sales in its home-care and fabric division, the largest unit at P&G by sales, were up 2%. That helped to offset declines in net sales of 1% in its grooming division, a drop in healthcare of 3% and a decline of 3% in its family, feminine and baby care division.

Heightened competition has caused the maker of Crest, Charmin and Tide to defend its market share and some products have suffered such as its Gillette razors due to competition slashing prices.

Profit margins at P&G have been squeezed as well, hurt by rising costs in commodities, shipping costs and rates of foreign exchange.