Can Dogs Help To Detect Malaria? 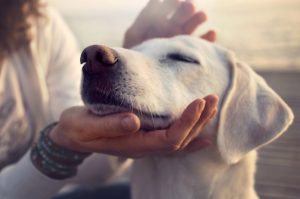 We know that dogs have an excellent since of smell, but you may not sense are that scientists rely on the canine olfactory sense to detect things like thyroid and prostate cancer!  Some dogs are able to alert people who have diabetes that their blood sugar is low. Furthermore, a new study suggests that dogs could also be effective at helping to detect malaria.

According to Durham University public health entomologist Steven Lindsay, “Many countries are getting near elimination or have achieved elimination [of malaria]. For example: recently Sri Lanka became malaria-free, which is an extraordinary achievement. “The question then is ‘how do you keep the place malaria-free, because the mosquitos aren’t going away’.”

He says that the problem rests in the fact even though some people develop sickness quickly when infected with malaria, other people can carry this parasite without showing any symptoms at all.  He goes on to say, “If you have one in 1,000 people with a malaria parasite, you can’t finger-prick and take blood from 1,000 people to identity that one—you need a non-invasive [strategy].”

To answer this, we turn to Claire Guest, who runs a decade-old charity Medical Detection, which devotes time, money, and energy to supporting research for canine biotection work.  She notes “Dogs have something called neophilia, which means they are attracted to new and interesting odors.”

In this experiment, scientists gathered nylon socks worn by children in Gambia who were screened for malaria.  These socks were frozen and then sent to the United Kingdom. Once there, two dogs who had been taught to distinguish malaria-infection from odors in the socks managed to distinguish malaria with an accuracy of about 70 percent. However, the dogs also managed to correctly recognize socks worn by an uninfected child by as much as 90 percent.

Lindsay, then, responds, “Individuals that are infected with malaria parasites produce odours in their breath and from their skin that are specific signals.”

Finally, he hypothesizes, “It might be that the odours produced by the parasites change if you are the sexual stage or asexual stage,” adding that a false positive could be simply related to an uninfected child sharing a bed with one who had been diagnosed with malaria.

The next step, of course, is to now determine how well these animals can perform under more natural circumstances.

All of this work has been made possible by a $100,000 grant from the Bill & Melinda Gates Foundation.

The Graph Trading Up 6.9% This Week