National Toxicology Program Concludes:  Cellphones Do Not Cause Cancer 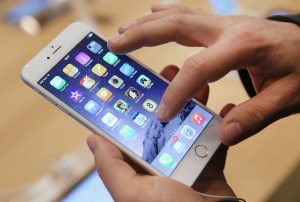 The US government’s National Toxicology Program has released a report—their final word, apparently—on whether or not cellphone use causes cancer in humans.  To put it briefly, their answer is a hard ‘no’ but there is a little more to the study.

The $30 million group of studies under the NTP took more than a decade to conduct and analyze and, of course, are now the most comprehensive assessments on this matter.  The studies looked closely at the health effects of RFR modulations—those used in 2G and 3G cell phones—on animals (mostly laboratory rats).  While we are presently living in a 4G (and beyond) world, 2G and 3G networks were the industry standards at the time the experiments were designed and are still common for phone calls and texting.  In addition, 2G and 3G networks might also still be more common in some parts of the world.

For the study, these testing animal specimens were housed in chambers that had been specifically designed and constructed for these studies. In these chambers, they could expose RFR to rats in utero as well as mice at 5 and 6 weeks of age.  Then the researchers continued these exposure rates for as many as two years (which, in most cases, is their natural lifeline).  The exposure was not constant, of course, 10-minute intermittent periods totally about nine hours, daily.  The RFR exposure levels ranged from 1.5 to 6 watts per kg in rats and 2.5 to 10 watts per kg in the mice.

The results are very important because the researchers did, in fact, find there is a link between radio-frequency radiation and tumors, but this only seemed to occur among the male rats (not female rats and not among male or female mice).  And while they could find this link, the researchers remind that the exposure levels and durations in the experiment were much higher than what most people would experience in their daily life.

Thus, the NTP researchers assert that there is no reason to believe cell phones definitely cause cancer in humans.  Of course, the study only looked at older networks, so it may be necessary to continue the research among 4G and 5G networks, but for now, the evidence suggests that even if we were to continue the research, the results would be the same or, at the very least, similarly positive.