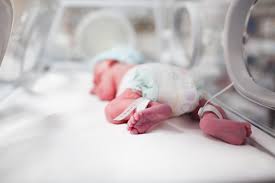 The March of Dimes organization has just released its annual premature birth report, and it is not looking good.

This latest report—taken from data from the US Centers for Disease Control and Prevention—showed that the US preterm birth rate continues to rise for the third consecutive year.  For 2017, this rate reached 9.93 percent, which is up from 9.85 percent, last year.

The American College of Obstetricians and Gynecologists define a premature birth as occurring between 20 weeks and 37 weeks of pregnancy. The condition—and its complications—are easily the largest contributors to death within the first year of life, at least in the US, and is also the leading cause of death among children under the age of 5, around the world.

Now, it is not easy to pinpoint why this trend continues. Orlando Health Winnie Palmer Hospital for Women and Babies neonatologist, Jose Perez MD, theorizes that moms are having babies later in life and that increases the risk for premature birth. In addition, it seems that many fathers are also older, and that has been linked with higher instances of preterm delivery and a higher rate of birth complications.

On the other hand, the teen pregnancy rate appears to be on the decline, so that might be a factor, too.

Women’s health expert, Jennifer Wider, MD, argues that unequal access to health care is also probably a factor.  She comments that specific ethnic and racial minorities are known to be at higher risk for preterm birth, as are those who live in lower socioeconomic regions.  Also, she advises a lack of education about pregnancy health and prenatal care, and a lack of understanding about behavioral habits and other risk factors may play a role.

Finally, Perez comments that some maternal conditions might also be responsible.  Hypertension, for example, has been linked to preterm birth.  In addition, the dangerous pregnancy complication known as preeclampsia, which involves hypertension, could be an issue, too.