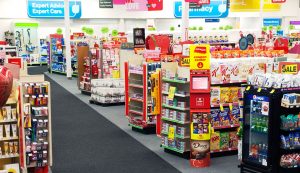 It seems CVS Health is enjoying a healthy pharmacy retail industry as the company’s latest report indicates higher third-quarter earnings and revenue than they had originally expected.  Early this week, the company also said it anticipates the finalizing of its $69 billion acquisition of health insurer Aetna before the end of the month. This merger will marry one of the oldest health insurers in the nation with one of the country’s biggest pharmacy benefits manager.

More specifically, CVS Health reported an adjusted $1.73 earnings per share, over an expected $1.71, and revenue of $47.3 billion, over the expected $47.2.  On this announcement, shares of CVS Health rose by nearly 2 percent.

In addition, the company’s overall retail business demonstrated signs of improvement.  Front store revenue—numbers that include products like vitamins and makeup—grew a modest 2 percent over last year.  The closely watched same-store sales metric was also up: 0.8 percent.  This is all very important because the front of store sales had been on a steady (but small) decline during Q3 every year since 2012. GlobalData Retail managing director, then, calls this new trend a welcomed “break from tradition.”

As such, CVS’ pharmacy same-store sales jumped 8.7 percent, with analysts expecting only 7.7 percent, all driven by increased prescription drug demand.