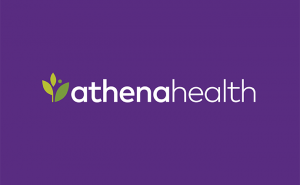 Hedge fund managers Elliott Management is teaming up with the private-equity firm Veritas Capital to buy US healthcare software maker Athenahealth, this week.  The all-cash deal is reported to be around $5.7 billion and will value Athenahealth at $135 per share, which represents more than 12 percent of the stock’s closing price at the end of last week.

Speaking of the end of last week, shares of Athenahelalth closed at $120.35, on Friday.  Still, going into the new week, it looks like shares are up more than 9 percent.

Athenahealth is based in Watertown, Massachusetts. The company develops cloud-based software that health care managers can use to track revenue from hospitals, patients, and physicians.  The company has been restructuring—shedding jobs and overhauling the management team—since last year.

Once the deal reaches completion, Athenahealth will merge with the segment Veritas acquired a few months ago. This is the former GE Healthcare unit known as Virence health.

Overall, this deal for Athenahealth by Elliott Management is the largest deal of this type, to date, for the firm’s private-equity arm, Evergreen.

It is important to recognize that this deal comes only a few months after the CEO-at the time—Jonathan Bush stepped down. Bush is a nephew of former US President George H. W. Bush and was actually the founder of Athenahealth more than 20 years ago.  It was alleged in a newspaper report that he assaulted his former wife 14 years ago.  Former General Electric Chief Executive Officer Jeff Immelt presently serves as the Athenahealth chairman.