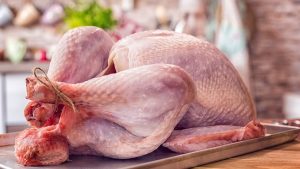 If you are like most people in North America you are probably finalizing your plans for Thanksgiving, which is next week.  But if you have yet to pick up your turkey for the big day, you might want to exercise extra caution.  That’s because the US Department of Agriculture’s Food Safety and Inspection Service has recalled several turkey products out of concerns over a potential salmonella outbreak.

However, the United States Centers for Disease Control and Prevention first announced the discovery of this outbreak in July. Since then, though, more people have gotten sick, which has increased the total number of outbreak cases to 164 across 35 states.  Fortunately, only one person has died and 63 people have been sent to the hospital.

To clarify, the outbreak was first declared in November of 2017 and they have not identified the source of the turkey at the center of this outbreak.  Perhaps that is because it appears there is not one centralized distributor, which could mean, according to the USDA, it could be widespread across the entire turkey industry.

Sure enough, lab tests confirm that the salmonella they found appears to have come from various products. Mostly they have found the strain in ground turkey and turkey patties. Some tests did show, however, the presence of the salmonella strain in live turkeys and even pet food.

As such, the USDA and the CDC have been working with the turkey industry to discern what the next steps should be for reducing contamination.

Symptoms of salmonella infection can include diarrhea, fever, and stomach cramping.  These symptoms typically last from four to seven days and most people are able to recover without treatment.  Some rare—and extreme—cases can result in death without prompt and proper antibiotic treatment.