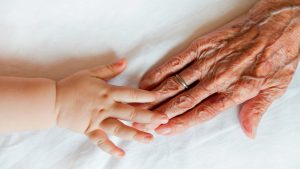 There is, however, one thing that appears to life expectancy that is also, unfortunately, a little harder to control. A new study suggests that the income gap affects life expectancy and the lower end of the spectrum gets the short end of the stick.

The new study looked at health data taken for the Office for National Statistics regarding population and deaths across England. To analyze the data, researchers also included 7.65 million deaths during that period.  They also considered the location of deaths as well as the disparities between the communities.

In the study, researchers found that life expectancy at birth, in 2016, was consistently lower across the board in the less affluent communities.  And the more deprived the community, perhaps, the greater the life expectancy gap.

Overall, World Health Organization statistics describe that global life expectancy at birth, last years, was 72 years.   And since 2000, the WHO says global average life expectancy increased by 5.5 years; that is the most dramatic increase since the 1960s.