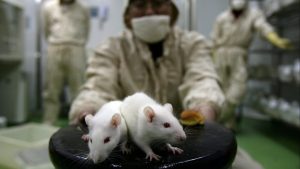 Earlier this week, researchers said they found a second Hong Kong patient to contract a strain of hepatitis carried only by rats. As this is only the second case, the pair of infections are the first known cases of human infection by the rat virus in human history.  As you might imagine, these findings were quite surprising for researchers, although they are not clear what types of implications this might have for human health overall.

Obviously, any animal strain of a virus or bacteria is going to be different from the human version. However, that does not mean it cannot jump from animal to human.  Still, says principal researcher Siddharth Sridhar, of Hong Kong University, this finding is a clinical discovery.

This being the second case it is somewhat important to know when the first case was first diagnosed.  It was only September when researchers confirmed the presence of Hepatitis E in a 56-year-old man, a strain of hepatitis known to only infect rats in Vietnam.  After further investigation doctors now say this infection was actually from a strain of hepatitis that is “highly divergent” from other strains that have been known to infect humans.

This second case, then, was found in blood samples taken from a 70-year-old woman, though she was also found to already have a compromised immune system.  She was originally admitted to the hospital in May of last year with complaints of abdominal pain, anorexia, and headache.

It may also be important that the two patients were admitted to the hospital within only a couple weeks and they live only about three kilometers apart.

Now, rats are already known, of course, to have the ability to transmit several diseases to humans.  These diseases include Lassa fever, leptospirosis, and, of course, the plague. While these are the first strains of hepatitis E transmitted to humans from rats ever identified, experts also say that other strains of hepatitis E are commonly transmitted to humans through contaminated water, especially in parts of Asia. It is estimated to infect 20 million people globally with 3.3 million showing symptoms; it results in 44,000 deaths per year (2015) which accounts for 3.3 percent of all viral hepatitis deaths.