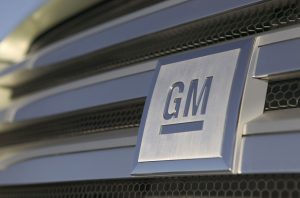 General Motors has recently announced plans to shut down the assembly plant located in Oshawa, Ontario, Canada.  The automaker claims this closure will help the company to focus on hybrid vehicles and zero emissions vehicles.  Of course, this will result in 2,500 job cuts.  And GM expects this will save the company upwards of $6 billion USD by 2020.

It is expected that GM will make the announcement early this week.

Unifor is the labor union which represents the 2,500+ workers at the plant. They relay that they have been told there will be no production at the Oshawa plant after December of next year.  Of course, the workers are not going to let the plant close without a fight, according to Unifor Local 222 shop chairman Greg Moffatt.

The General Motors Oshawa Assembly Plant has been in operation since 1953.  Prior to that year, though, the plant produced McLaughlin Buicks and was just one of six Chevrolet facilities before that company merged with General Motors in 1918.

In addition to closing the Oshawa assembly plant, General Motors has also announced they will close the Detroit-Hamtramck Assembly plant (in Detroit, of course) as well as the Lordstown Assembly plant in Warren, Ohio. Both of these closures are also scheduled for next year.  These plants have been responsible for building many sedans but those models have been losing popularity lately. These sedans include the Chevrolet Cruze, Impala, and Volt as well as the Buick LaCrosse and the Cadillac models CT6 and XT6.  As a matter of fact, General Motors has said they plan to discontinue these models.

Two of these plants also made engines and other parts related to these models.  And these facilities also made a few truck models, but these models also happen to be made in Mexico as well.